A designer’s initial concept rarely matches up with what is efficient for manufacturing. To reduce time to market and maximize the value of labor, organizations need to help engineers test the feasibility of their designs before sending them to manufacture. Mark Rushton explains DFM, digital twins, and the power of the digital factory. Leah Archibald: There’s a paradox when we start to talk about Design for Manufacturability or DFM. On one hand, the concept of DFM has been around for so long in the manufacturing world that it should be a given. Design Engineers should naturally be thinking about the manufacturability of their designs when they’re creating new components or assemblies. On the other hand, the fact that we’re still talking about DFM means that there remains a disconnect between the designs coming out of Design Engineers’ CAD programs, and the cost of processes on the factory floor.

So today we’re asking the question: What is DFM? And why does the promise of Design for Manufacturability still remain elusive for many manufacturers?

My guest, Mark Rushton, is a veteran CAD designer who is passionate about helping design engineers build DFM into their everyday work. He started his career as a designer for Warwick Manufacturing Group before moving to Siemens and on to SOLIDWORKS, where he kept the same passion for enabling engineers to understand the manufacturability implications of the designs they create in CAD. Mark Rushton, welcome to the podcast.

Mark Rushton: Thanks for having me.

Leah Archibald: Was there a particular moment in your career when you realized had DFM was important?

Mark Rushton: There was—it was during university. I was doing a project, and I’d reached out to a local company to see if they had any design or redesign tasks that they wanted me to look at. They gave me one, and I came up with this new design for one of their existing products. I thought it looked amazing. I was really kind of happy with it. Then I met with their injection molders and went through the design. They basically said: It looks really nice, but we’re not going to be able to make it. I was like: What do you mean you can’t make it? And they pointed out all the things that were wrong with it.

Leah Archibald: What was the product that you were designing for them?

Mark Rushton: It was called a dip meter. It’s used on landfill sites to measure the amount of moisture that’s just below the surface. So, there were some plastic parts in there, there were some electronics, and there were some formed tubes. There were a lot of different processes to consider. But the main part that I changed were the plastic injected molded components. I’d given them really thick sections and nice curvy shapes and everything. It looked really good—at least I thought. But then they said: Well, how are we going to manufacture it? It gave me this real appreciation for the manufacturing rules involved.

Leah Archibald: Do you think this is a common experience for Design Engineers?

Mark Rushton: I think it probably is. Unless you are actually involved in the tooling or the assembly process, it’s something that is quite complicated. There are a lot of rules. Although they’re well-established rules, they’re not very easily transferred. They’re much easier to learn by experience. And typically, the route a designer takes is more of an academic route. Thus, it is very difficult to learn all of these manufacturing rules. They differ based on a number of criteria—on the material and the type of the machine and all kinds of things.

Leah Archibald: If lack of this detailed knowledge is pretty common for designers, I imagine that presents a challenge for large manufacturing operations. Because they’re facing workforce attrition. And the new designers have a real lack of exposure to processes on the factory floor.

Mark Rushton: Very much so. Some of the companies I’ve been lucky enough to work with have echoed that point. Graduate designers don’t have that hands-on experience of design for manufacturing. There are some things that can be done in the CAD software, but it only goes so far and you need to know what checks to run. Like most CAD tools have things like thickness analysis. So, you can check for constant wall thickness in a part. But really, it’s down to the designer to interpret those results. Like we’re told it doesn’t have constant wall thickness, but we don’t know what the wall thickness should be because that varies based on material and machine and everything else. So, there are definitely some things that the designer needs to know, and it’s not all done in their CAD software.

Leah Archibald: This is why we have this whole acronym, DFM. Could you give me your definition of Design for Manufacturability?

Mark Rushton: For me it means bridging the gap between design and manufacturing, and creating something that’s efficient to manufacture. There are some very clever people that can manufacture some very complex things, but they are not necessarily efficient, and might not be the best use of materials and resources. Getting things right in the design phase means you’ve got a much shorter time to market, and a lower cost. If something’s difficult to manufacture, it’s going to be more expensive nine times out of ten.

Leah Archibald: Do you have a story from your own experience where you had to make some design trade-offs to decrease cost or increase efficiency?

Mark Rushton: There was one product I was working on while I was at WMG. It was quite a simple sounding product for reusing shipping pallets. It essentially put them on legs so they could be stacked with some products on them. They wanted something that they could just basically hammer in.

Leah Archibald: Legs for turning pallets into a shelf?

Mark Rushton: That was the brief. So, I went away and came up with something that looked like the best possible design. I made sure it was manufacturable. But the guy came back to me and said: What you’ve done is the Rolls-Royce version of what we’re after.

Mark Rushton: They needed something cheap. So that was another moment where it wasn’t just about DFM—it was actually about considering the audience that it’s going to, and whether that audience is willing to pay what it’s going to cost to manufacture.

Leah Archibald: What I’m hearing from you is that a designer working alone on a computer is not really the best model for the manufacturing organization. How can we help designers align with the entire manufacturing process?

Mark Rushton: I think the concept of the digital twin is a powerful one. And I don’t think it’s being fully exploited today. There’s talk of the digital twin in terms of comparing the digital version—the CAD model—to the actual product in the field and making sure they behave the same way. But we really should be manufacturing them digitally as well. See if there’s an optimal process on the digital side before we get to the physical side of it. Rather than learn lessons from the physical, let’s do everything in the digital and refine that first.

Leah Archibald: What do you mean by manufacturing digitally?

Mark Rushton: A digital twin is more than just the CAD model. It’s the data that’s inside of it. The CAD model is typically just the geometry. Maybe you’ve got some information about what material it is and some metadata about how heavy it is and things like that. And you can do some structural simulation to see how strong it’s going to be and how air or fluids flow over it. That’s what people tend to think of with a virtual twin. But what they often overlook is that we can also learn from making it digitally. We can actually run it through a digital factory. See how much waste we’re making. See if we are using the right stock sizes. We can choose different processes—different routes through the factory—to see if we’re really optimizing the equipment that we’ve got. Rather than use a 5-axis machine, maybe it’s actually more beneficial to use a 3-axis machine. So, we can play around with all these things in the digital virtual environment before we actually do it in real life.

Leah Archibald: Does this help answer the questions How to make it and Where to make it?

Mark Rushton: DFM by itself can’t hold the answer. It’s definitely a piece of the puzzle and an important one. Getting that right is going to keep the cost down. With digital manufacturing, there’s definitely a lot more to consider.

Leah Archibald: Mark Rushton, it has been great to talk to you today. Thank you.

Mark Rushton: Thanks very much for having me.

Want to get feedback on the manufacturability of your designs, without ever leaving your chair?

Download the quick start guide to Design for Manufacturability to learn how automating the analysis of CAD designs can save on cost and time in the manufacturing process. 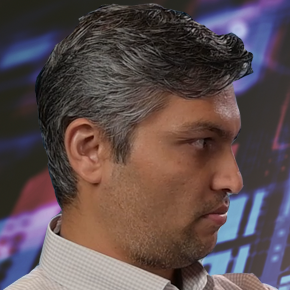