Leah Archibald: The digital transformation in manufacturing is giving companies, both big and small, the ability to quickly launch products that meet the needs of a changing marketplace. But can this innovation solve the toughest problems facing our society, like the lack of affordable housing in the United States? My guest today says yes.

Paolo Tiramani is the CEO and founder of Boxabl, a new manufacturer in the construction industry that creates stackable modular building solutions. We’re going to talk today about whether or not technological innovation within manufacturing can solve the housing crisis. Paolo Tiramani, welcome to the podcast.

Paolo Tiramani: Hi, Leah. Very nice to be with you today.

Leah Archibald: Tell me a little bit about the process of bringing the Boxabl tiny home into existence.

Paolo Tiramani: My previous existence was intellectual property – filing patents and innovations and licensing them to industry. And we decided a few years ago that we wanted to be operators in a space. And so like good technologists and inventors, we decided to focus not on an invention, but a problem. And building construction really stood out clearly as being in a pre-industrial condition. They bring in pre-industrial materials and processes – hammers and nails and air guns – and put them in a giant factory. So, they’ve got the raw materials and processes in the factory, and then they build something that’s illegally wide to ship. And then they can only ship them 100 or 200 miles. So that was a core problem. Then we said, “Gee, if we could fix that shipping issue with a product that can be configured to make most things most of the time, we could be in a post-industrial space. And if were in a post-industrial space, then we can take advantage of what a modern world has to offer.”

Leah Archibald: Now, this is very interesting because a lot of manufacturers go in the opposite direction. They start manufacturing a discrete good and then later they try to retrofit their processes to figure out how they can bring technology in to meet the needs of a changing marketplace. You’ve gone in the opposite direction. You started off as a technology company and then went looking for a discrete good to manufacture.

Paolo Tiramani: Absolutely. We zoomed out and we said, “Okay, what are some of the first principles here that we need to adhere to as a tow-line to get us through the R&D cycle to bring a product successfully to market?” So, first of all, we need to be as broadly based as possible. And what we realized is that unless you’re an Eskimo living in an igloo you’re living in a rectilinear rectangular product: rooms, different heights, different widths. That is common. It’s a common thread. So, we said, “Okay, let’s make rooms, not houses, not final building construction.” And then if we’re going to do a room, what size should that room be? And we said, “Well, what size can it be and what size should it be?” And both of those questions can be solved from a shipping point of view and from the consumer point of view. So some key metrics really popped up from that.

For example, we were able to get a nine and a half foot ceiling. I live in a fancy house and it has a nine-foot ceiling, and I feel like a bit of a peasant, frankly, because Boxabl homes have nine and a half foot ceilings. So we said, “Great, that’s future proof.” And then we looked at other metrics, town homes, 20 by 40, clear span space, and we were able to come up with a product that unpacks to 20 foot on the short side, 20-foot wide and 40-foot long, 40-foot clear span, and the opportunity to cut windows and doors in without headers. We said, “Wow, think of that as a big building block, think of that as a Lego. And let’s make maybe a couple of different sizes, and if we keep it architecturally neutral and we make those big Lego blocks and we can stack, connect, cantilever, offset, then what can’t we build?” And the answer is, we can build most things most of the time for everybody.

Leah Archibald: Now, I see two trends overall in the manufacturing world that I think you’re talking to. One is modular design. And the other trend is designed for shipping, which a lot of companies are just coming to. That’s the idea that rather than creating a product and then figuring out how to move it from A to B, really designing your product for shipping to the final location.

Paolo Tiramani: Absolutely. Let me address those questions in reverse, if I may. So, the shipping is a huge one. From the blacktop to the top of what you are able to pull around on the road, it’s 13 and half feet in the US and 14 feet in the rest of the world. And then a common number for the overall width is eight and a half feet. We realized that most homes are about 70% empty, call it two-thirds empty space. And about a third of it is what we call dollar dense. Dollar-dense means dollars in labor and dollars in materials like faucets, sinks, stairs and kitchens, things like that. And we also realized that good design in a traditional home or in a traditional building complex puts all the wet lines, electrical, everything generally down one spine. And we also realized – and this was really shocking to us – that even if you create a giant kitchen or a giant bathroom, the core of those additional elements like plumbing and things like that typically don’t take up more than five or six feet.

So we were like, “What if we made a corridor and we kept all the dollar-dense stuff in that five-foot wide corridor?” So part of the Boxabl magic, a core technology is that we realized that we could build out in the factory very efficiently all this dollar-dense stuff and we could literally unfold the rest of the space volume-wise. And adhering to that first principle had a tremendous knock-on effect as we continue into the discussion on modularity. So if we think about the building shells, these Lego blocks have 95% commonality of elements. And within each building shell, they have the fewest number of unique components and very few unique elements. So this is all part of modularity. And then there’s a knock-on effect when you stick with some of those principles. For example, because we fixed the shipping problem, so we can go down the road eight and a half foot wide and unpack 20-foot wide. So we actually ship three trucks worth of a product in one. So instead of shipping three trucks, we ship one. That absolutely demolishes the shipping cost to the benefit of the consumer.

Leah Archibald: Now, how do you continue to keep the cost low when you are dealing with global materials fluctuations and the fluctuations in fuel cost? What does your ongoing cost revisiting process look like?

Paolo Tiramani: We’re constantly striving to lower the unique number of components. We started off with $1000 shower stall, which was seven foot tall. Now we make our own for about $260. It’s eight foot tall, made of vacuum foam. It’s a fairly quick process with low capital cost in terms of tooling. Now we know that we have the design right, we’ll be injection molding that. That’ll come down to $90. That’s what technology can do. That’s what design and R&D does – when everybody sitting at the table is not concerned about being right, but rather being concerned about getting to the best solution.

Here we call it a problem pie. You take each slice and you figure out what the problems are. Is it shipping? Is it manufacturing? Is it speed? So we’ll approach the big ones first in terms of time sequence, but we’ll approach them equally in terms of vigor and the amount of attention they get. So we won’t ignore small problems. What we find is, you fix one problem and shoulder to shoulder with the next slice, it can either help fix or actually eradicate in some instances an additional problem. My example earlier, that we made product to ship down the highway, and we wound up shipping one truck instead of three and on and on and on. That has a knock-on effect for deployment, for unpacking, repacking, and financing for developers. It just goes on and on.

Leah Archibald: Do you think that through innovative technology like the digital manufacturing processes that you put into place, are you going to solve the housing crisis in the United States? Do you think manufacturers really can address these big picture problems?

Paolo Tiramani: To answer your question succinctly: if we do everything right, the last piece of the puzzle is scale. How do we scale this concept? We have 300,000 square feet, so our next factory will be about 15 times this big. It’ll be in the 4 to 5 million square feet range. And we consider that to be a regional factory, just the regional factory. And that should be able to produce about 80,000 to 100,000 homes a year. The scale of the problem is absolutely humongous. We’re not just developing a product, we’re developing a product that makes the product, and the product that makes the product is the factory. And we apply the same principles and level of attention to our factory product as we do to the product themselves. Why? Because how do we scale that? We need to print off these factories dozens and dozens all around the world. It’s all going to be repeatable.

This is a multi-trillion dollar marketplace, one of the biggest businesses in the world. It is probably one of our biggest crisis in the world. So it just encourages everybody to come in and innovate. There’s plenty of room for everybody.

Leah Archibald: Paolo Tiramani, thank you so much for joining me on the podcast today.

Paolo Tiramani: Leah, it’s been my pleasure to chat with you.

Register for the upcoming webinar on headwinds facing manufacturing 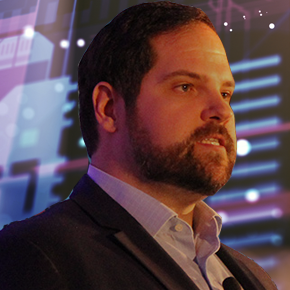